“It’s devastating. I’ve been following them every day of my life for the last year,” said Dedan Ngatia, a wild dog researcher in Kenya’s central Laikipia region. “They’re all dead.”

This is the tragedy is playing out in Laikipia, Kenya. 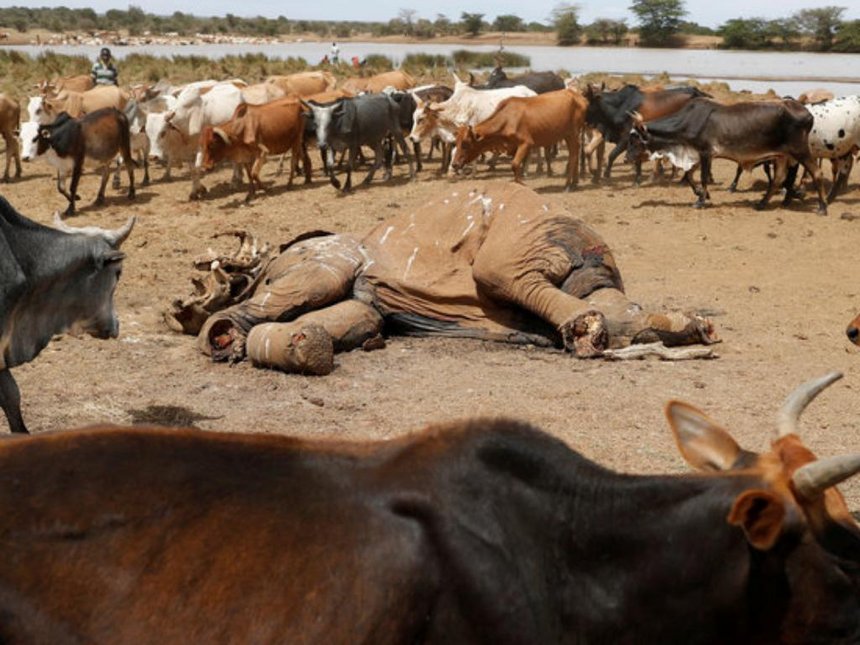 The age old tug-of-war between wild animals and human beings has again reared it ugly head, this time in Laikipia, Kenya. Lack of rain and political instability have caused Laikipia, once one of Africa’s success stories, to become one of the continent’s many tragedies. Months of invasions by about 10000, sometimes armed, semi-nomadic herders, driving 135 000 cattle, have had a disastrous impact on the wildlife of the area. These herders have invaded conservancies, private properties and smallholdings in their search for pasture for their cattle. 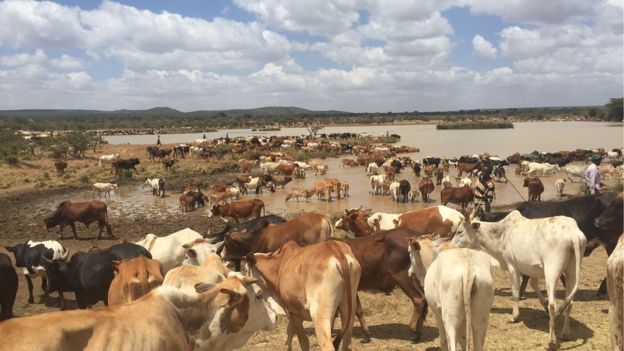 As a result, African wild dogs, elephants, buffalo, lions, giraffes, zebra and antelope have all been affected by shooting, starvation and disease, or by being forced out of their usual habitats.

Mugie Conservancy was one of the first to be invaded in late January. Elephants, giraffes and zebra were shot. “We lost a lot to poaching but nothing compared to disease,” said wildlife manager Josh Perrett. He blames tick-borne diseases brought to Mugie by the pastoralist herds. Mugie’s buffalo population fell from 1,000 to 100; Hartebeest antelopes were reduced from 40 to just seven.

Not only have the buffalo and antelope populations been affected, but lions as well. Years of work to reduce the big cats’ access to cattle created “a state of real coexistence between lions and livestock”, which has now been disrupted. The combination of strong, well-fed and protected cattle and ample wildlife prey meant cows were largely “off the menu” for Laikipia’s lions. As a result, fewer lions were being deliberately killed after hunting cattle.

The influx of large herds of weak and poorly-protected livestock has upset that balance. Although only a handful of shot lion carcasses have been reported, no survey has yet been undertaken and Cotterill warns that those found will only be “the tip of the iceberg”.

“We’re back to square one,” said Cotterill. 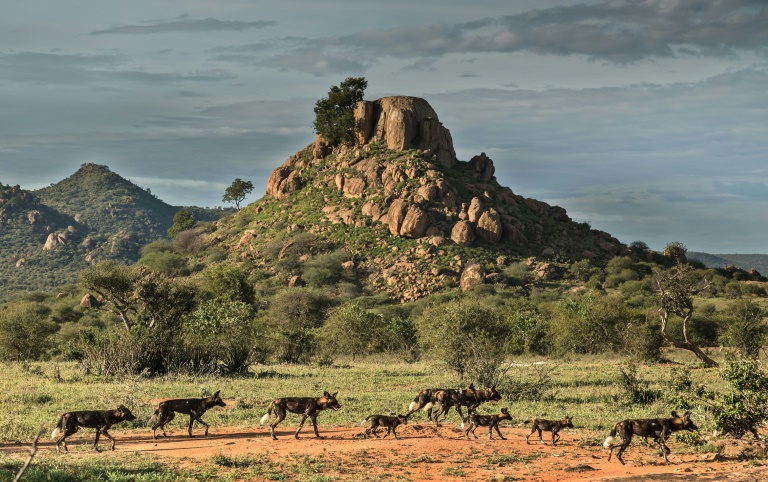 It is the plight of the endangered Africa Wild Dog that for me is the most heart sore.

Scores of wild dogs have been wiped out. The culprit, Canine Distemper, a virus most likely caught from the cattle herders’ mongrels. All seven packs studied by Ngatia, an ecologist at Laikipia’s Mpala Research Centre, have died.

Jamie Gaymer, conservation manager at Ol Jogi Ranch where packs of wild dogs roamed, watched as the last pack died, one by one, over the course of a week in July.

I weep for for Africa! 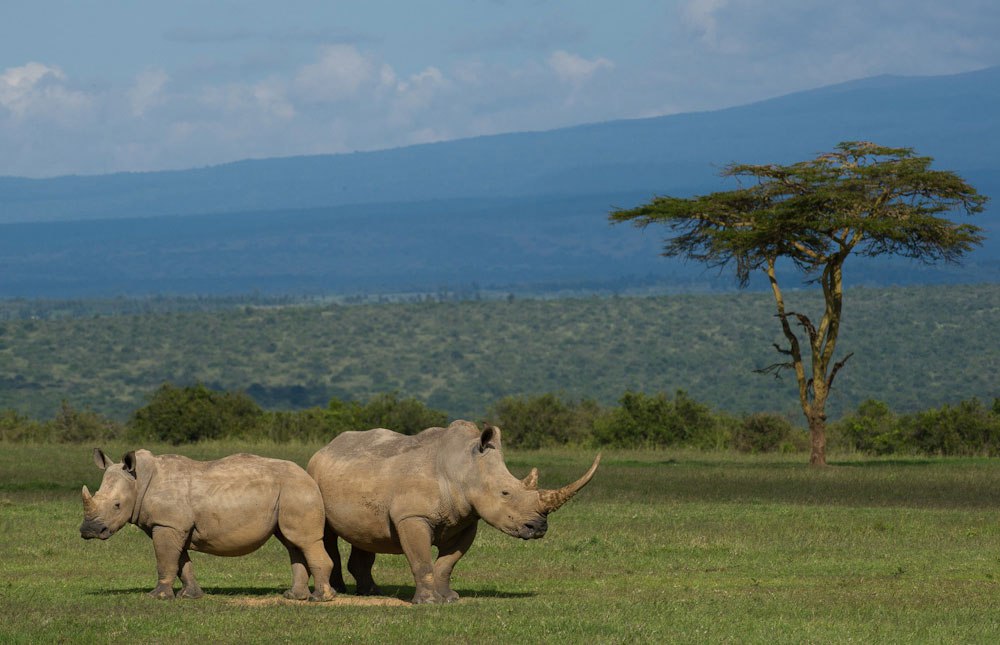 For once the Rhino’s are the fortunate ones.

Chronically endangered rhinos, such as the world’s three last remaining northern whites at Laikipia’s Ol Pejeta Conservancy, have personal armed bodyguards, but most wildlife does not enjoy such close protection.

I believe that the problems Laikipia is facing is a combination of both drought related pressures and politics. 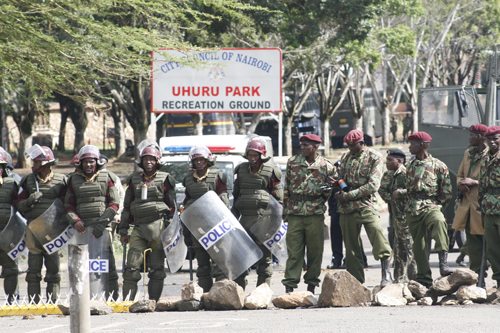 Kenyan politics are complex, but many believe that the tensions are due in part to the ethnic and geographic diversity of the area. Land invasions by Pokot and Samburu tribesmen are the latest expression of long-standing tensions, which have boiled over as the general elections loomed. “This was all planned years ago, and is designed to peak in the run-up to the elections,” said one resident who owns a lodge in the area. “Votes in exchange for grass and land grabs, the seizure of Laikipia by outsiders and the expulsion of rival tribes, ranchers and conservancies.”

In the lead-up to the August 2017 election in Kenya, the government has been accused of sitting on the fence for fear that aggressive action against the herders – and local politicians inciting them – would cost votes. “What we have is an unfortunate combination of events, with a serious drought coming just before an election, and that has fed into the crisis,” says Elijah Kamunya, head of the revenue board of the local government in Laikipia county.

Unfortunately, it is known, in Africa, that politics is dominated to personal agendas. The politicians, elected by the people, fail, for the most part, to serve the people they govern. Instead of helping improve the lot of it citizens, African politicians make them poorer day-by-day. In Kenya, its abundance of wildlife has brought a degree prosperity to its people. In recent years, however, the political shenanigans have driven away the tourists and much needed foreign currency.

Where have men with integrity gone?

What is to be done?

The situation is bad, but not irreversible, scientists and conservationists say. In 2006, for example, an outbreak of canine distemper all but wiped out Laikipia’s wild dogs but the few that survived developed immunity and went on to foster new packs and the population rebounded.

“Whilst this is tragic at the outset, we know that strong populations can grow quickly out of small numbers of dogs,” said Annabelle Carey, a safari operator who runs Laikipia Wilderness Camp and specialises in tracking wild dogs.

As stability returns to Laikipia, so too will the wildlife.

Lets pray that the powers that be, for once, put the people of Kenya and their tremendous nature heritage above personal agendas.